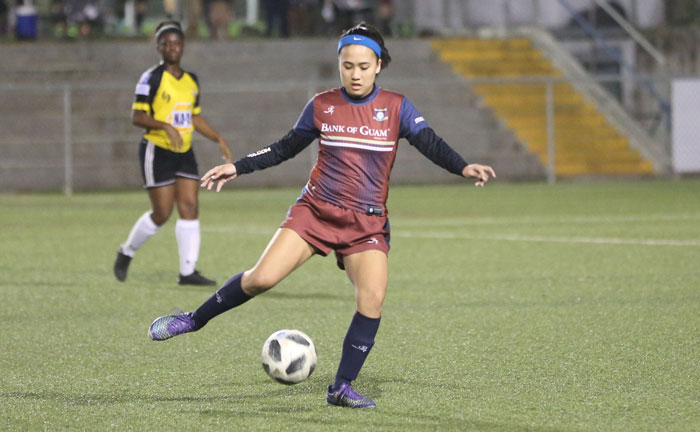 Teams in the men’s Amateur Division will now include matches on designated Sundays beginning this weekend. The Bank of Guam Strykers D2 will play against the University of Guam Tritons at 5:30 p.m., followed by Pago Bay Disasters against Guam Shipyard D2 in the first set of Sunday matches for the league.

The final week of matches in the women’s Premier Division are set to be contested Apr. 7 beginning at 5:30 p.m. with Quality Distributors taking on Heavy Hitters/Nutrition Mission Heat. NAPA Lady Rovers will play against Guam Shipyard at 7:30 p.m. and current league leaders Bank of Guam Lady Strykers will play against the Islanders FC, also at 7:30 p.m.

The top three teams in the league – Bank of Guam Lady Strykers, Guam Shipyard, and Quality Distributors are all currently within one point of each other in official standings ahead of the final week of matches.

All schedule updates, as well as updated statistics are available to view and download on GFA’s official Web site:

The Bank of Guam Lady Strykers shut out the NAPA Lady Rovers 6-0 with two goals each from Maggie Phillips and Anjelica Perez. Alexy Dacanay and Candie Cura also scored for the Lady Strykers. 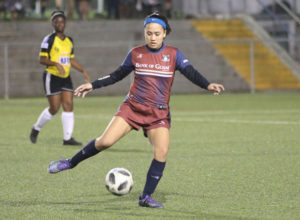 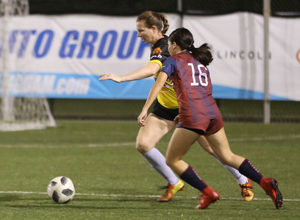 NAPA Lady Rovers’ Melissa Elwell plays the ball out from the back against the Bank of Guam Lady Strykers in a Week 10 match of the Bud Light Women’s Soccer League Premier Division at the Guam Football Association National Training Center. The Lady Strykers defeated the Lady Rovers 6-0. Photo courtesy of Gin Pobre / GFA 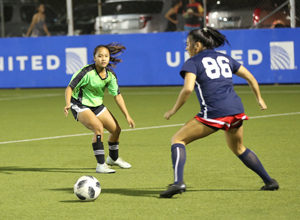 Quality Distributors’ Randi Jo Paulino (No. 86) looks for options to move the ball toward the goal against Islanders FC in a Week 10 match of the Bud Light Women’s Soccer League Premier Division at the Guam Football Association National Training Center. Quality defeated the Islanders 4-1. Photo courtesy of Gin Pobre / GFA 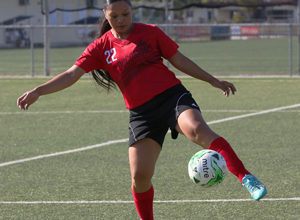 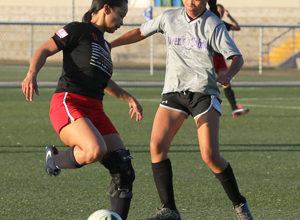 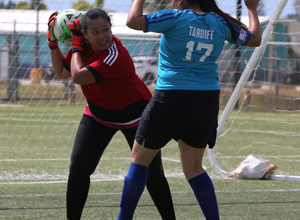 The Warriors and Tsunamis play in an opening week match of the Docomo Pacific Soccer Moms League on Mar. 10 at the Guam Football Association National Training Center. Photo courtesy of Samantha Bautista / GFA