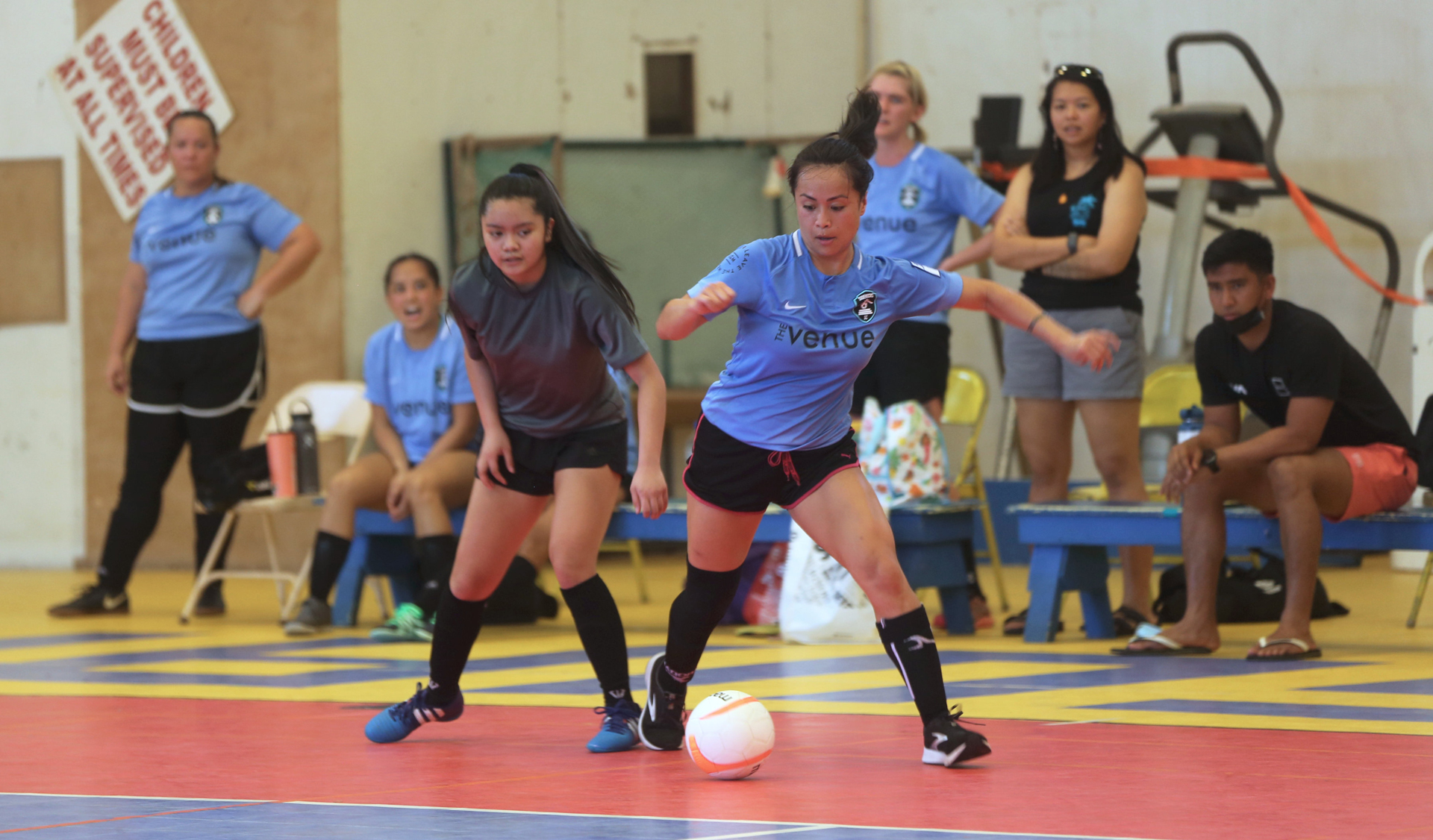 No. 3 Quality Distributors will take on the No. 6 Metro Pacific Islanders in the first match, followed by No. 4 Heavy Hitters/Nutrition Mission Southern Heat against No. 5 Sidekick SC at 8:30 p.m.

Quality, previously in three-way tie for the No. 1-ranked position, dropped its final regular season match to the Bank of Guam Lady Strykers 6-3 Sunday afternoon to finish at the No. 3 spot moving into playoffs.

Abigail San Gil scored twice for the Lady Strykers and teammates Richelle Ragadio, Koharu Minato, Maggie Phillips, and Jordan Baden contributed one goal each in the win. Yae Kawauchi and Franshay Shippey scored for Quality. Quality’s other goal came on a Lady Strykers own goal. With the win, the Lady Strykers took the No. 2 position moving into playoffs and received a bye in the opening round of playoffs.

In other matches Sunday, Heavy Hitters/Nutrition Mission Southern Heat kept its fourth-ranked position in league standings with a 4-2 win over the Metro Pacific Islanders. Marlena Connelley scored twice for the Heat and teammates Monica Marquez and Ashley Besagar also scored. Francesca Pangelinan and Erlissa Delfin scored for the Islanders.

Sidekick SC finished at the No. 5 position following a 5-5 draw with the Southern Cobras. Elisha-Rose Benavente led all scorers with a hat trick and teammate Chloe Salas scored twice. Crista Cruz scored twice for the Cobras and teammates Cindy Maestrecampo and Analea Meno also scored. The Cobras’ other goal came on a Sidekick SC own goal.

Guam Shipyard finished on top of league standings ahead of the playoffs with a 9-0 shutout of Team Mosa’s. Shyann Roberto scored five goals in the win and teammates Veronica Dydasco, Paige Surber, Brianne Leon Guerrero, and Moana Taijeron also scored. Shipyard received a bye in the opening round of playoffs.

Following the first round of playoffs, No. 2 Bank of Guam Lady Strykers will take on the winning team from the Quality/Islanders match at 4 p.m. Sunday, followed by Guam Shipyard against the winner of the Heat/Sidekick SC match at 5 p.m.

The league’s playoff schedule is online at https://guamfa.com/gfa-programs/all-leagues/womens/futsal/schedules-and-results/ 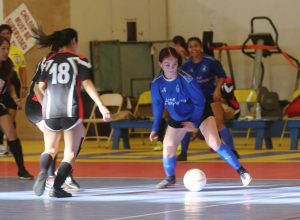 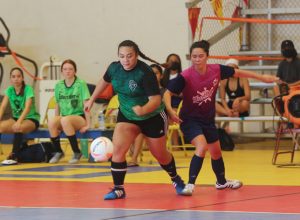 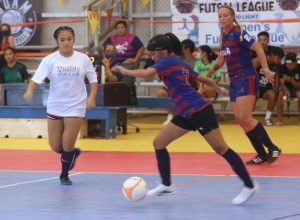