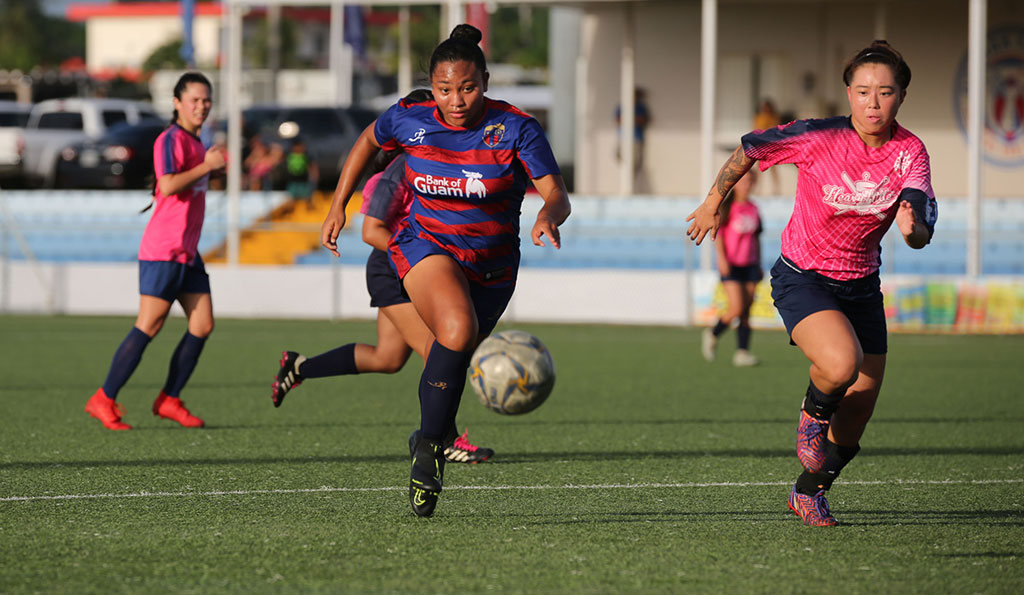 Jinae Teria and Lauren Phillips led the Lady Strykers’ attack with one goal each in the first half and Carmela Tyquiengco scored the Heat’s lone goal in the 25th minute. With the second-straight win, the Lady Strykers are the lone undefeated team in the division.

In other matches, the University of Guam Lady Tritons bounced back from a Week 1 loss, defeating Quality Distributors 5-1 in Week 2.

Guam Shipyard Women also bounced back from a Week 1 loss, with its Week 2 victory an 8-0 contest against the Islanders FC. Shyann Roberto contributed four in the goal haul and teammate Veronica Dydasco scored twice. Regina Shiroma and Hannah Cruz also scored one each.

The Venue Sidekicks defeated Tsunami 3-1 with two goals from Brianna Benito and one from Elisha Benavente. Tsunami’s goal came on a Sidekicks’ own goal. 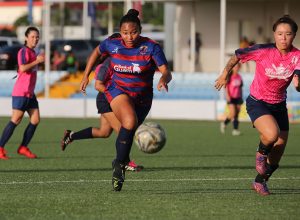 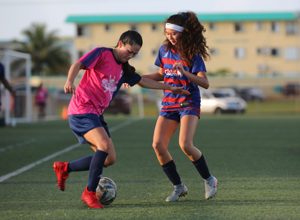 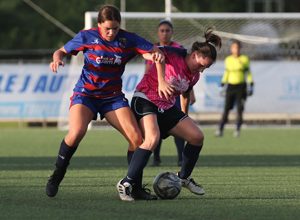 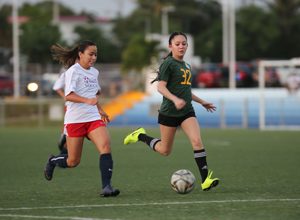 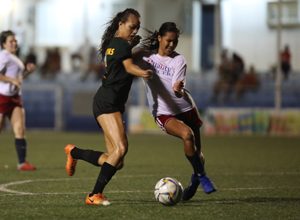 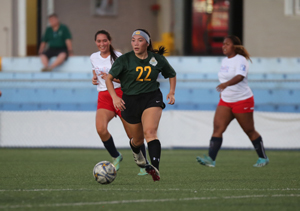 University of Guam Lady Tritons’ Harmony Yatar plays the ball out of the back against Quality Distributors FC in a Week 2 match of the Bud Light Women’s Soccer League Premier Division Sunday at the Guam Football Association National Training Center. UOG won 5-1. 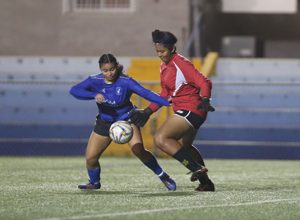 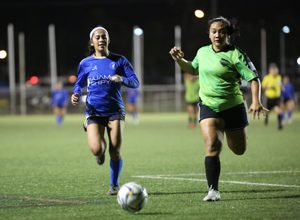