Benito scores for Guam in U16 tournament opener 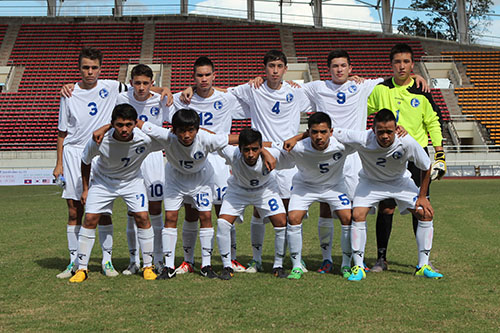 13 Mar Benito scores for Guam in U16 tournament opener

Guam’s Michael “Jake” Benito equalized the match against Brunei-Darussalam in the 27th minute, but the team dropped its opening match at the AFC U16 Championship Group H qualifier in Vientiane, Laos.

Ten minutes after Benito’s goal, Brunei-Darussalam’s Muhamad Syahmi bin Rashid scored his first goal of the tournament and later his second for the halftime whistle as Guam’s opponents jumped to a 3-1 lead. Team Guam settled down in the second half frustrating its opponent, but the Brunei-Darussalam forward later completed his hat trick, scoring the lone goal in the second half.

Guam next plays Korea Republic Monday at 6 p.m. Laos time (9 p.m. Guam time). The team also is set to face the host country and Malaysia before departing Laos at the end of the month.